Neither Scientific nor American (but all Business)

I have been a fan of Scientific American forever. I used to spend hours leafing through back issues stacked on a bookshelf in my old man's office; I could not understand much, but the pictures were interesting and it was not long before I got in trouble electrolyzing a caustic soda water solution with a 48V 100W DC power supply scavenged by a friend.

Much to my chagrin I just cancelled my long-standing subscription, ending a collection going back to the 50's. The reason is simple: I have had enough propaganda conveniently interspersed amongst always interesting articles.

Science can be controversial or hard to understand but this is not about science, or even controversial science, it is about years of non sequitur statements, opinions presented as conclusions, all with a common objective: For me to "believe" that (1) the climate is changing, (2) climate change is anthropogenic, (3) I can and must do something about it, (4) I should support local and global legislation to that effect and, oh by the way, every solution available to mankind on the matter is made in Germany.

Scientific American has been lobbying quite openly for matters which are being discredited and has received criticism from several sources and that must have hurt as they felt obliged to answer, which put them more on the spot.  This is not a scientific magazine, it is a 25 year marketing effort of the German Green Business Plan.  Subtle innocuous articles on bleaching corals, the disadvantages of free trade, arbitrary opinions presented as God-provided truths, planning, planning, planning and solutions.  With no due respect, the language is similar to wind lobby handouts, Greenpeace propaganda and German Ministry of Industry sites (and I have studied quite a few).  Here is a casual sample from 1993: 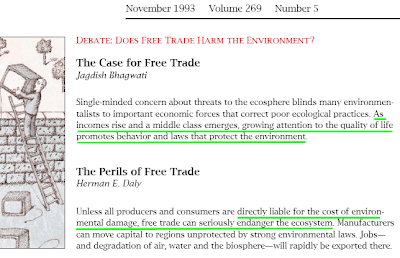 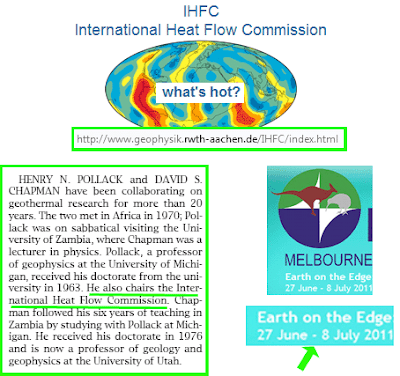 It is some German outfit exploring the planet from a geophysical heat transfer point of view.  In late June to early July year they will be in Melbourne peddling the same old hogwash:  low carbon!  How convenient... The Australian government appears to be in trouble with the proposed carbon tax and the master lobbyists and "scientific research" sponsors are coming to the rescue. Same pattern, same colors, same methods, similar NGO support. 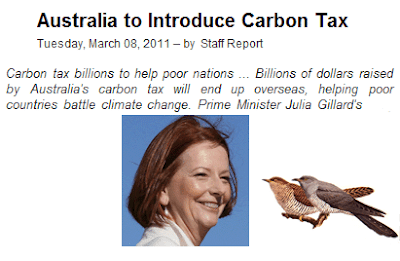 The Germans absolutely positively need an Englisch speaking country to impose the carbon tax on itself lest they suffer from euro-loniless. The Australian PM is from here. The cuckoo birds happened to be passing by.  I swear, I have nothing to do with Australian politics... I just turned the stone over a bizarre 1993 Sciam article...

I wonder... isn't "Scientific" "American" in violation of the 1966 Federal Fair Packaging and Labeling Act?
Posted by Green Fraud Buster at 7:55 PM

It's raining; it's pouring.